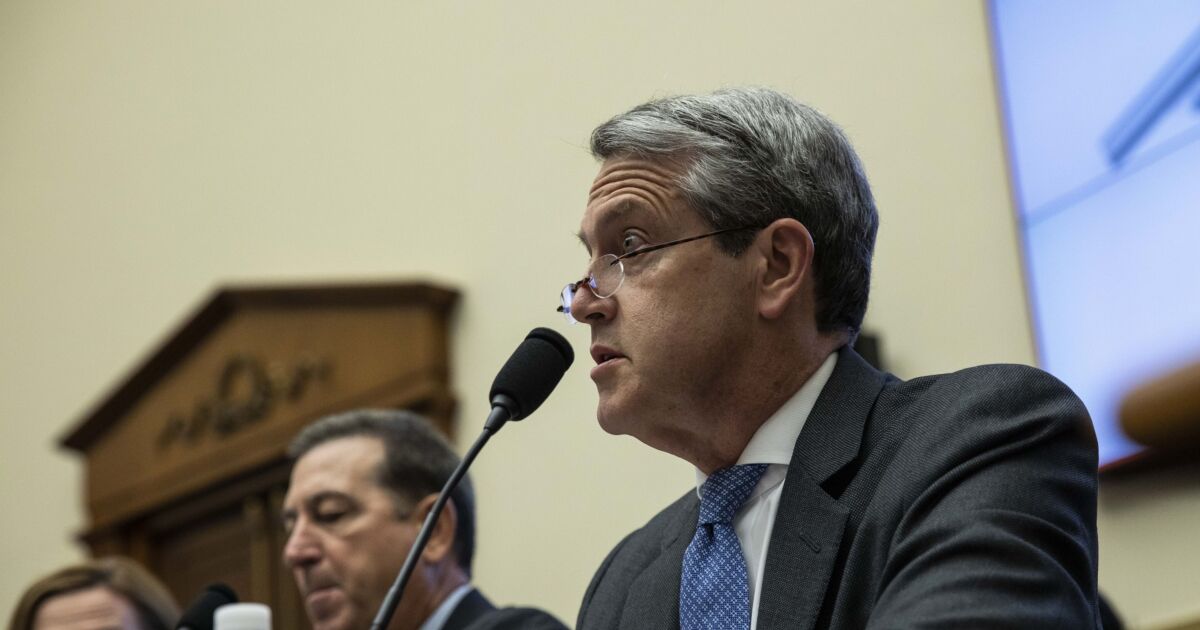 Regulators are preparing to penalize any banks that use the London interbank offer rate on new contracts after this year, said Federal Reserve Vice Chair of Supervision Randal Quarles.

In a speech in New York hosted by the Alternative Reference Rates Committee, Quarles set out to correct the misperception that companies have a while before they must adopt an alternative benchmark rate for new deals.

The Libor administrator and U.K. Financial Conduct Authority legacy financial contracts could continue to refer to Libor until the middle of 2023, but Quarles said that does not apply to new business.

The extension should allow banks to “deal more intensively with legacy contracts later,” Quarles said, but, “These announcements are absolutely not meant to support new Libor activity or continued business as usual.”

Quarles said examiners will be looking at banks’ specific exposures to the transition away from Libor, which will no longer be published after Dec. 31 of this year. The Fed will be interested in whether banks are updating contractual language and operating rules with vendors who have relied on Libor, he said.

Quarles said despite guidance in November from the Fed and other U.S. regulators about Libor’s end date, some are not getting the message.

“Market participants have had many years to prepare for the end of Libor, yet over the last few years they have actually increased use of Libor,” Quarles said.

The leading candidate to replace Libor is the Secured Overnight Financing Rate, or SOFR, which is based on overnight repurchase agreements. Other possibilities have emerged that are based on some currency markets while some banks have adopted Ameribor, which is tied to transactions such as overnight funding, unsecured borrowing and lending for U.S. banks and corporations.

Though regulators around the world have tried to drive Libor’s exit, the announcement of an extension for legacy deals followed hand-wringing over what to do with existing contracts that were drafted on the benchmark rate but that will not mature for years.

The total amount of these contracts is estimated to be $223 trillion, up from $200 trillion three years ago, according to the AARC. However, many of these contracts have been tweaked to include fallback language that will take effect once Libor expires.

Roughly $90 trillion in contracts will mature after the June 30, 2023, deadline for legacy deals. On Monday, Quarles stressed the need for a legislative fix for this part of the market.

“Of course, although it is vital, we cannot take any legislative solution for granted until it becomes law,” Quarles said. “The continued publication of Libor will help provide more time to make sure that we are fully ready with the necessary solutions when Libor stops.”

‘The right path’ – Chile defends Sinovac use amid fresh efficacy...