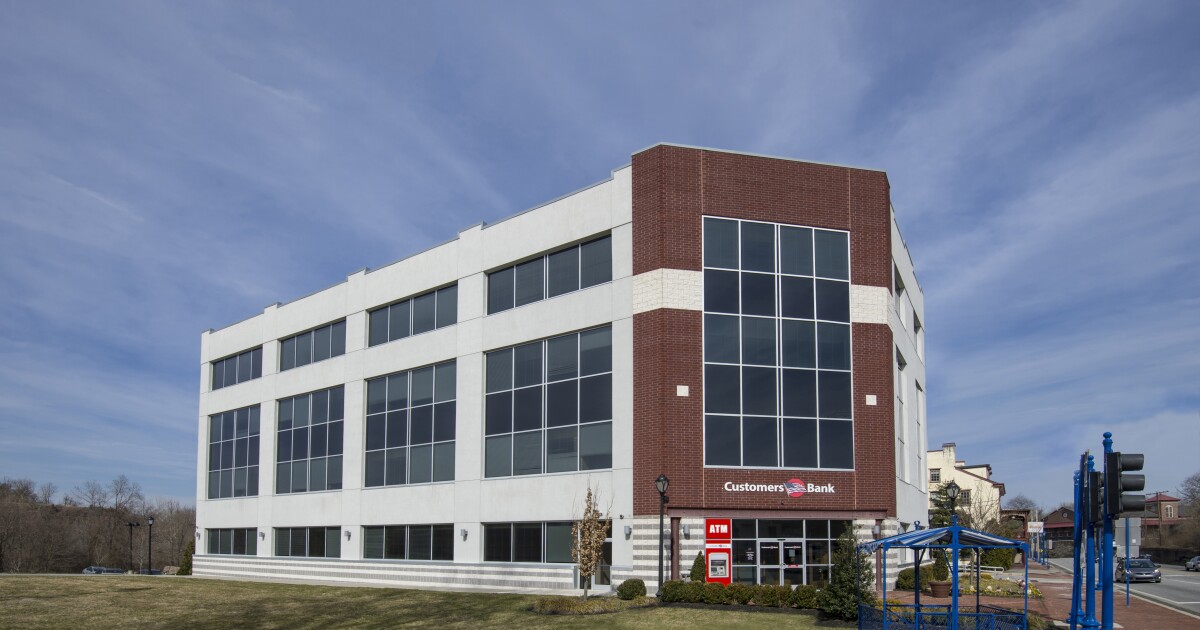 Customers Bank, light on branches and heavy on technology, is expanding nationally with a new chief executive intent on hiring lending talent and capitalizing on tech initiatives in major growth markets.

Sam Sidhu has been the bank’s vice chairman and chief operating officer as well as head of corporate development at Customers Bancorp, the bank’s parent company, since January 2020. He will become the bank’s president and CEO on July 1, succeeding the retiring Dick Ehst.

The promotion, telegraphed to markets months earlier, puts Sidhu in a position to also take the helm of the $18.8 billion-asset holding company when his father, Jay Sidhu, retires. The elder Sidhu, age 69, is the chairman, CEO and founder of the holding company, which is based in Wyomissing, Pennsylvania.

The younger Sidhu, 37, acknowledged in an interview he has faced some criticism about nepotism. But he is focused on winning over critics by delivering on growth plans already in motion as he moves into the bank’s top job this summer. Customers said in May it would open commercial and private banking offices in major cities across the country.

Jon Winick, CEO of bank consultancy Clark Street Capital, said an organic national expansion is a bold move that does come with some risk. Namely, he said, Customers will face stiff competition from longstanding community banks as well as national powerhouses, given that it is focused on major markets where the biggest banks often are entrenched. It takes time to build the scale necessary to compete and drive profits in new markets, he said.

But he noted Customers is highly regarded for its tech savvy and its plan to expand without building branches should prove relatively inexpensive, minimizing the risk if a foray into any given market flops. “So from the outside,” Winick said, “I’d say it’s not necessarily a good idea or bad idea. It just boils down to how well they execute, how effective they are in finding talent.”

Sidhu said the bank has a list of 25 possible markets to enter. It will begin this year with new banking teams in Dallas and Orlando, Florida, while building out its relatively small presence in Chicago. Bankers will provide treasury management solutions and commercial loans for companies with $5 million to $100 million of annual revenue.

Dallas and Orlando are both thriving markets with no state-level income taxes. They have favorable weather and aggressive reopening policies amid the pandemic, and are attracting residents from states such as New York and California, which have a higher cost of living. Mike Matousek, a trader at U.S. Global Investors, said investors are closely tracking companies that are expanding in such areas — both banks and their commercial customers.

“If you are going to expand now, you do it where there is population and economic growth, where the trends are positive,” he said. “You see that in Texas, Florida and a few other places like Nashville and Phoenix.”

Customers is concentrated on the East Coast, with locations from Pennsylvania to New York, but it has several business lines that operate nationally, including mortgage warehouse lending, equipment leasing and Small Business Administration lending. It plans to complement those businesses with robust commercial lending in more heavily populated and high-growth markets, Sidhu said.

Analysts say new growth initiatives are needed and could separate winners from losers among banks over the next couple years.

Chris Whalen, chairman of research firm Whalen Global Advisors, said that while the banking industry as a whole posted strong first-quarter profits, that was driven by the release of loan loss reserves, not new revenue, and therefore are not sustainable.

After putting aside $60 billion in reserves in the second quarter of last year to guard against potential pandemic-induced loan losses that did not materialize, the U.S. bank industry is now releasing these funds back into income – “an accounting rather than a cash event,” Whalen said.

New revenue will have to replace the one-time accounting boost to keep bottom lines strong.

Customers benefited from a reserve release in the first quarter. But it also has momentum. It has doubled its asset size over the past five years, doing so by hiring experienced lenders and developing new business lines and services, and it expects to continue.

Sidhu did not rule out traditional bank M&A to bolster growth but said it was unlikely in the near term because there are few banks like Customers – that have technological agility but few branches and “technology agile,” as he puts it – making cultural fits hard to identify.

“It’s difficult to find a bank that looks and feels like us,” he said. “So it’s not in the cards in the near- to medium-term.”

Customers has only 13 branches and deep roots in digital banking. Not long ago, it operated a digital-only bank but decided to sell it in 2020 to Megalith Financial Acquisition — where Sidhu’s sister is chief executive — and focus on becoming a larger commercial lender. But Sidhu said Customers would continue to invest in cutting-edge technology to ensure the bank’s digital platform and services were ahead of clients’ expectations.

This year, for example, Customers announced a partnership with digital platform Tassat to implement a business-to-business payments network for its corporate clients that is based on the blockchain.

“This is not something customers are demanding today,” but “we’re doing something we know they will want – and frankly expect – in the next several years,” Sam Sidhu said. He said Customers anticipates demand for digital financial services to intensify – and he pointed to the increased use of digital banking amid the pandemic as evidence the trend is gaining momentum.

“We want to stay five steps ahead,” Sidhu said, noting that is how a bank can drive growth without the lofty fixed costs of a large branch network.

Customers would continue to develop a hybrid model of banking and financial technology – but partner with fintechs rather than own them, Sidhu said.

Sidhu has worked his way up through the ranks amid criticism from some investors – which he acknowledges as fair.

At issue: Sam Sidhu was the founder and CEO of Megalith Financial. Luvleen Sidhu, Jay Sidhu’s daughter and Sam Sidhu’s sister, was BankMobile’s CEO. She is now chief executive of BM Technologies, the name Megalith took on after acquiring BankMobile.

The evolving family dynamic atop the Customers banking empire confuses investors at times – and was bound to raise some questions about whether the company pursues the most qualified leaders or instead grooms Jay Sidhu’s adult children for top jobs, Winick said.

“It’s a very natural comment,” Sam Sidhu said. “I would make the same comment as an investor.”

Winick, however, added that executive banking talent is hard to find, and he said Sidhu’s eight years on Customers’ board, coupled with an impressive resume, make him qualified on paper. “I don’t think you could ever answer definitely who the absolute most qualified person is, but he’s got a great background.”

When he left Megalith and joined Customers in a top job, Sam Sidhue said, questions about nepotism flowed in early. Sidhu said he drew on his experience — prior to co-founding Megalith, he worked in private equity with Providence Equity Partners and investment banking with Goldman Sachs, after earning an MBA from Harvard — and he sought a lot of feedback from investors. He wanted to ensure them that he cared about their concerns but also shared their ultimate interest: bottom-line results.

Customers Bancorp reported core earnings of $2.14 per share for the first quarter, up from 16 cents a year earlier. Core earnings exclude the impact of discontinued operations, notably BankMobile. The company said it expects to earn at least $5.00 in core EPS in 2021 and 2022 – well above the $3.59 level it earned last year and double what it earned a year before that.

Sidhu said operating conditions broadly are improving, potentially opening paths for more growth. The pandemic’s effects are fading as vaccines take hold, and demand pent up for everything from cars to travel is unfurling and driving economic momentum. He thinks that will translate into business growth – and eventually stronger commercial loan demand to finance expansion efforts.

“We are truly seeing the green shoots across the economy,” he said.