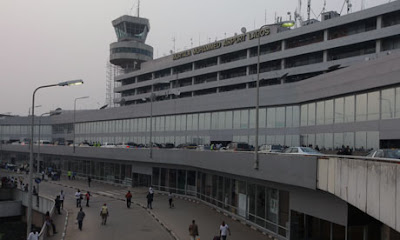 Following Tuesdays attack on Brussels airport, the management of the Federal Airports Authority of Nigeria (FAAN) has beefed up security in and around all the airports in the country.
The General Manager, Public Affairs, Mr. Yakubu Dati said the authority has taken proactive steps to forestall any security threat at the nation’s airports in the face of the Brussels incident. He noted that sniffer dogs have also been deployed to airports in conjunction with the Nigerian police in an effort to beef up security. “We will not leave any stone unturned to ensure maximum security at the airport especially with the Easter celebrations around the corner,” he stressed.
Expressing shock over the reprehensible act carried out at the Brussels airport, Mr. Dati warned those without business to conduct at the airport not to constitute any nuisance stressing that a special task force from the Independent Corrupt Practices Commission (ICPC) were on ground to apprehend touts.
Dati also assured that all the Body Scanners and Close Circuit Television (CCTV) gadgets were operational and constantly beaming activities of all developments at the airport and advised passengers to arrive the airport in good time to do their normal check in procedures in order not to miss their flights. “We urge all air passengers not to leave any luggage behind as such items will be taken away and destroyed, he concluded.
Share. Twitter Facebook Google+ Pinterest LinkedIn Tumblr Email